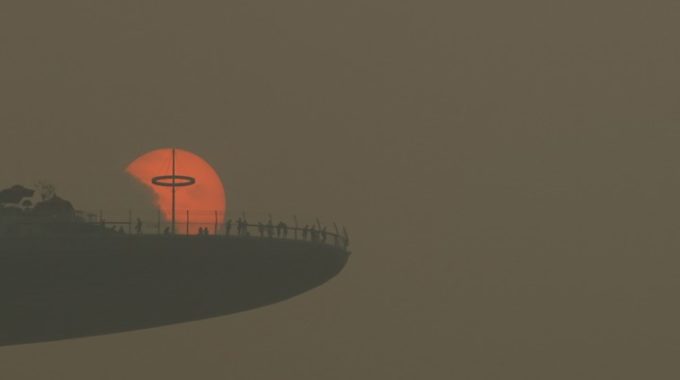 A massive study solidifies the link between particulates from cars and diabetes. 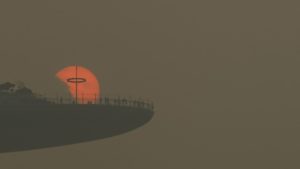 People watch the sun set from the observatory deck of the Marina Bay Sands hotel in Singapore October 5, 2015. The 3-hour haze Pollutant Standards Index (PSI) reached a high of 186 at 4pm on Monday, according to the National Environment Agency. Slash-and-burn agriculture in neighboring Indonesia has blanketed Singapore in a choking haze for weeks. REUTERS/Edgar Su TPX IMAGES OF THE DAY – GF1000023283o

It’s fairly well known that a bad diet, a lack of exercise, and genetics can all contribute to type 2 diabetes. But a new global study points to an additional, surprising culprit: the air pollution emitted by cars and trucks.

Though other research has shown a link between diabetes and air pollution in the past, this study is one of the largest of its kind, and it’s unique because it both is longitudinal and includes several types of controls.

What’s more, it also quantifies exactly how many diabetes cases in the world are attributable to air pollution: 14 percent in 2016 alone. In the United States, it found, air pollution is responsible for 150,000 cases of diabetes.

The study, published in The Lancet Planetary Health, linked data from 1.7 million American veterans who had been followed for a median of 8.5 years with air data from the EPA and nasa. It also aggregated past international research on diabetes and air pollution to devise a model to estimate diabetes risk based on the level of pollution, and it used the Global Burden of Disease study to estimate how many years of healthy life were lost due to this air-pollution-induced diabetes. Globally, 8.2 million years of healthy life were lost in 2016 to pollution-linked diabetes, it showed.

The study authors controlled for things like obesity and BMI, so it wasn’t the case that heavier people simply lived in more polluted neighborhoods and were also more likely to get diabetes.

The particles examined in this study are known as PM2.5, or particulate matter that’s 2.5 micrometers big—30 times smaller than a human hair. They are emitted by various types of industry and fuel burning, but in the United States, the biggest source of PM2.5 is cars, says Ziyad Al-Aly, the study’s senior author and an assistant professor of medicine at Washington University at St. Louis. When there’s lots of PM2.5 in the air, the air might look smoggy or hazy. In lighter concentrations, the particles are invisible.

Scientists are just beginning to understand what exactly makes PM2.5 so harmful, but a major reason is that it’s so small and contains toxic metals. Its size allows it to penetrate the lungs and enter the bloodstream. There, it can circulate to different organs and cause inflammation. The inflammation increases insulin resistance. Eventually, this insulin resistance can become so severe the pancreas becomes unable to pump out enough insulin to compensate, and diabetes can set in.

Previous research has found that Latino children living in areas with more air pollution had a greater risk of developing type 2 diabetes. But other studies on the association between the two have generated mixed results.

This new study makes an even stronger case, suggesting that the current limits on air pollution in the United States might be too high. The EPA’s pollution threshold on particulate matter is 12 μg/m3, or micrograms per cubic meter of air, but this study says the risk of diabetes starts at about 2.4 μg/m3. Among people exposed to between five and 10 μg/m3 of particulate matter, about 21 percent developed diabetes. At the threshold of current “safe” levels, 24 percent do. For each 10 μg/m3 increase in particulate matter, the risk of developing diabetes goes up by 15 percent. This risk is present regardless of whether the individual becomes obese or not.

But this study and others might not lead to a tightening of the PM2.5 standards because, under a rule proposed by the Trump administration in April, all studies used by the EPA to make air and water regulations must make their underlying data publicly available. As my colleague Robinson Meyer reported, studies like this and others, which show the detrimental health impacts of pollution, are based on health data that is confidential and cannot be de-anonymized.

That will greatly undermine regulations that have made for cleaner air, says Sanjay Rajagopalan, a cardiologist at University Hospitals Cleveland Medical Center, about the proposed rule. “Documents that have gone into EPA regulations go through rigorous peer review,” he says. “We have some of the cleanest air in the world, and there’s scientific data that this has protected millions of lives and contributed to the longevity of American citizens.”

The consequences of PM2.5 are more severe for developing countries that do not have strict limits on air pollution. For example, the study says countries like Afghanistan and Papua New Guinea face a higher risk of lots of air-pollution-related cases of diabetes, while the United States has a moderate risk.

Still, experts told me the connection between PM2.5 and various health risks is now so clear that people should try to avoid large amounts of particulates, if they can. “Live away from the major sources of emission. Don’t live right near the 405,” Al-Aly told me, referring to a notoriously congested freeway in Los Angeles. “Short of that, anywhere that’s high in pollution, like some cities in China or India, many people wear masks.”

Tanya Alderete, who studies the connection between air pollution and disease at the University of Colorado at Boulder, says people might rethink biking in heavy traffic, for example. “We shouldn’t be engaging in strenuous physical activity during rush hour or near major roadways,” she says.

But everyone I spoke with said the real answer lies with public policy—stricter limits on fossil-fuel emissions and a move to cleaner energy sources. After all, globally, pollution of all kinds kills three times more people than AIDS, tuberculosis, and malaria combined.

We want to hear what you think about this article. Submit a letter to the editor or write to letters@theatlantic.com.